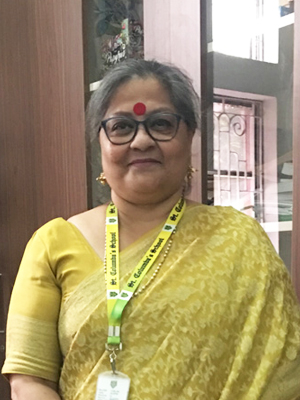 With almost no notice, Planet Earth has shut down for repair and renovation. The need of the hour is trained technicians, staggering sums of money and Labour.

Both trained technicians and labour are not easily available. They come under the heading of the educated and certified. A pathetic group called Unskilled Labour is readily available but do the filthiest jobs. The street and cess pool cleaners lose their lives and are ill paid. As labour day approaches we come to understand and appreciate these unsung heroes who make life simpler and cleaner for us urban citizens.

To honour all these people we have labour day. Celebrated on May First. Throughout the world. Canada and America celebrate this day in September.

Now we may well ask why “Labour Day”? Well, here in Columba’s everybody knows that on Labour Day we honour all those who make life easier for the rest of us, like the grade 4, peons, cooks, security, and gardeners. They are felicitated in song, words of praise and thanksgiving, and with boxes of sweets and some personal items like pressure cookers, blankets, sets of clothing, etc. Usually a spokesperson from the group responds. In the past, it was our peon John who would respond and conclude with a song. These were all paths of tradition and memories.

As I pen this, we are in the grip of a pandemic, and if ever we have appreciated those who labour, toil or work hard to hand it to us, citizens, who are now locked down and locked off of the streets, it is now.

Weiser says, “Disappearance is a fundamental consequence not of technology but of human psychology. Whenever you learn something sufficiently well, you cease to be aware of it.” Look at electricity for instance, so precious a commodity in the past is taken for granted today. The first PC for example was built at Xerox PRC in 1972.

Now Moore’s Law states that computer power doubles every 18 months. A rapid increase in power on this scale is almost unheard of in the history of technology. If we go back over 14 years, computer power has increased by a factor of 1 trillion. But now we take this infinitely enhanced computing power for granted.

And so, it is with those who labour. We are suddenly having to perform chores which we have become unused to. Doctors, and more than the doctors, nurses who have taken the Nightingale Oath from the time of Crimean war, are leading the war against the coronavirus. It is these nurses, their aides, the dressers, the ambulance drivers, and the auxiliary doctors, who are now being hailed as the heroic beyond heroism, sacrificing family life to save the nation. Reeling with fatigue, they are collapsing in the staff rooms, unable to get to the ambulances taking them home. This is toil, expecting nothing and getting nothing much back really. Unskilled labour expose themselves to infection outdoors by keeping street and public spaces clean, and delivery persons by bringing groceries to our doorstep. Labour Day brings to focus illness, accidents and all that we people suffer from, and other essential services we took for granted that make our lives comfortable.

Digressing in the direction of English language, to belabor is to thrash, to beat someone severely, to use harsh words, we do this to each other daily. We do not shout and scream but we use the choicest words, words that can cut and scar. So, this is what I myself am being extra careful about.

To Labour And Not To Count The Cost

Lord, teach me to be generous.
Teach me to serve you as you deserve;
To give and not to count the cost;
To fight and not to heed the wounds;
To toil and not to seek for rest;
To labour and not to ask for reward –
except to know that I am doing Your will.

Above is the prayer composed by the extraordinary soldier saint Ignatius of Loyola, as he was recovering from a wound. He was ordained in 1537 and he moved to Rome. While I am speaking of Ignatius, we have our own founder of two brother congregations. Well, the Christian Brothers and the Presentation Brothers and Sisters are committed to the Ignatian form of spirituality and their constitution was formed by Ignatius’s entire approach to religious life.

Finally, my very dear parents, students, alumni, and dear colleagues. Please stay home, stay safe and stay healthy. Parents to be safe check your child’s temperature regularly. Right now, we are only testing 100 per million and must step up the testing. Only then we can say that we have emerged victorious. When schools reopen finally, continue to be vigilant. Cough? Cold? Sore throat. Do not send to school.

Remember, "This too shall pass”

God Bless each one of you
Mrs. Sangeeta Sheel
Headmistress, Middle Section