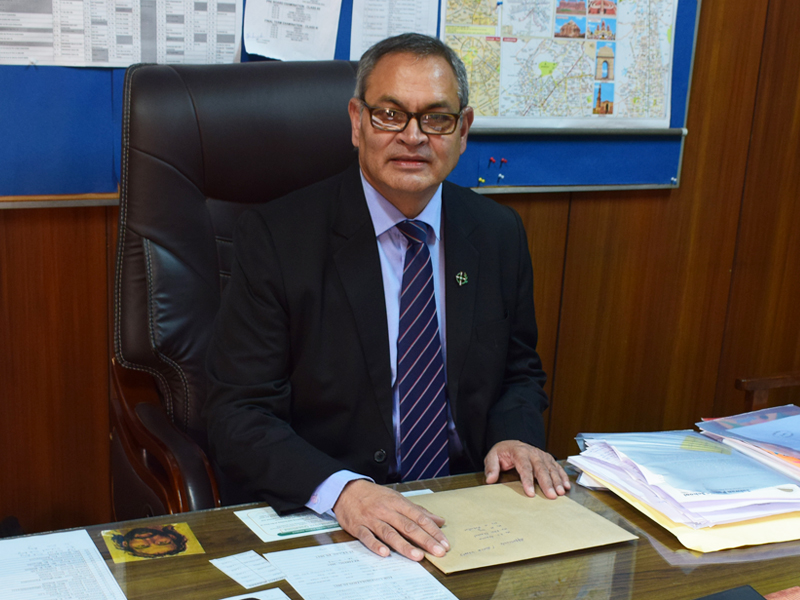 Over the last four years that I've been in Delhi, I’ve looked forward to the month of October ! I am happy that we’re in the month of October already ! We can feel the heat of the summer ebbing away, the calendar reminds me that we have certain very enjoyable religious festivals almost upon us – bringing with them a few days of holiday – which I'm sure all of us look forward to !

But there's a touch of sadness when I realise that our class XIIs just have two months of class left in school and we really haven't had them on campus during this year which has always been so important for the senior batch in the school. Well, let’s keep our hopes high !

Unfortunately, October also heralds the worsening of the air quality in our city and we hope that farmers will get useful help from the government in adopting other more environment friendly ways of taking care of the stubble.

Unfortunately, October also heralds the worsening of the air quality in our city and we hope that farmers will get useful help from the government in adopting other more environment friendly ways of taking care of the stubble.

While everyone worldwide is suffering so much, it is the unfortunate human condition that we seem only to bring more misery onto ourselves – the tragic alleged rape of a dalit 19 year old girl being the worst. We wonder why the powers that be would arrest Fr Stan Swamy a noted social rights activist in Ranchi.

So what is the message for us during these times – Pope Francis reminds us of our common brotherhood and sisterhood in the world. The Nobel committee emphasized the same message by awarding the UN Food agency – the World Food Programme which through epidemics and wars and calamities endeavours to bring food to the starving, - the Nobel Peace Prize 2020 !

So there's hope in the world ! But it needs the daring of selfless people to bring hope ! Can we be such persons of hope wherever we find ourselves this October ? Such an example is the teenager Carlo Acutis (born 3rd May 1991, died 12th October 2006). He was declared Blessed (like Blessed Edmund Rice) by Pope Francis just this 10th October 2020. What was so remarkable about his life – this 16 year old boy? Suffering from Leukemia, to the doctors treating him who asked him if he was suffering much pain he said "there are people who suffer much more than me". He showed concern for his classmates who had family problems and invited them to his home; he defended the rights of disabled school mates when bullies mocked them. He loved travelling and his favourite place to visit was Assisi – the place associated with St Francis. He had a a passion for computers. Young as he was, he developed a strong faith in God. May Blessed Carlo take care of all our students !