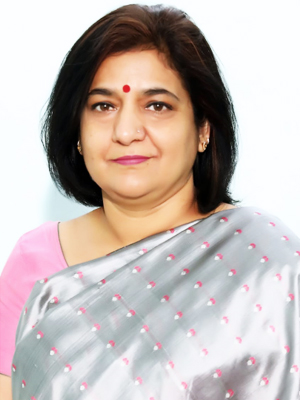 "United by Emotion" - The motto of the Tokyo Olympics sums up, succinctly, the power of sports in bringing together people from diverse backgrounds of every kind and allowing them to connect and celebrate in a way that reaches beyond their differences.

Sports have this unique ability to connect and bind people. They wield immense power as they can arouse widespread enthusiasm, exhilaration or distress. This has been more than evident as we, as a nation, held our collective breath, fascinated by the wins and losses of the Indian contingent, at the recently concluded Tokyo Olympics. From soaring hope to crushing disappointment we experienced a similar gamut of emotions. Over a billion hearts skipped a beat as Neeraj Chopra created history by bagging the first ever glittering gold in 'Track and Field'. Patriotic fervour was at a zenith, as Mirabhai Chanu, Ravi Dahiya, PV Sindhu, Lovlina Borgohain, and Bajrang Punia took their rightful places on the podium. We let out a collective cheer at the women's hockey team's "Chak De" moment after the defeat of the Australian 'Hockeyroos'.

The frenzy and excitement reached a zenith with the men's hockey team finally bagging the 'bronze' after a drought of 41 long years. What could be a more fitting tribute than this to Major Dhyan Chand and to the first gold medal that India won in 1948 as an independent nation, under his iconic captaincy?

Maj Dhyan Chand's birthday - August 29, has been celebrated as the National Sports Day in India since 2012. The day honours his contribution to the field of sports and is celebrated extensively at the national level. The National Sports Awards, awarded by the President of India at a ceremonial function organized at the Rashtrapati Bhavan on the same day, are given to sportspersons who have added to the glory of the Tricolour. This day also marks the launch of the Fit India Movement, which aims at health and fitness for all citizens.

Over the years sports has crept out of the arena where it was judged lowly on the parameters of physiological health and has made a place of prominence in the world of mental well-being and character building. Sports are now seen as fundamental in inculcating discipline, team spirit and in teaching us the value of qualities such as patience, dedication and hard work. Sports blur the lines of religion, community, caste, social biases and economic status. They show us that hard work, determination, perseverance can take anyone to the pinnacle of success. Our sports history is replete with such examples. In fact, most of our sporting heroes had humble beginnings, they faced tremendous odds but persisted due to their love for a sport and to achieve everlasting glory. Dhyan Chand, Khashaba Dadasaheb Jadhav, Milkha Singh, PT Usha, Mary Kom... the list is endless.

The National Sports Day is a fitting recognition of the contribution of our sporting icons who inspire us to go out and chase our dreams. Let this day remind our young generation that nothing is impossible!